As local theater and much on-camera work is on hold at the moment, Jason is staying busy with his roster of voice-over and acting students each week and finding inspiration in the progress they make together. Also utilizing the time to hone his own VO and acting skills through online classes and daily practice!

Back in March and April Jason was slated to join Unexpected Productions' improvised Hip Hopera as one of their freestyle rapping ensemble. He looks forward to mounting that production in the future but in the meantime, below you can check out one of their performances back in 2016 where Jason provided the beats for a full length Hip Hopera show. What a blast! Hope you enjoy.

Performing with some of my friends in an episode of Sandbox Radio Live! THE WORDS AND THE BEES! 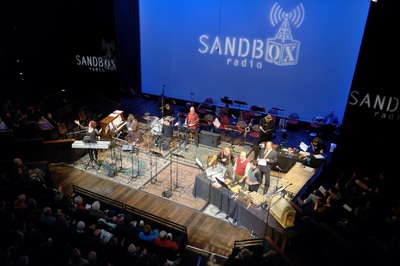 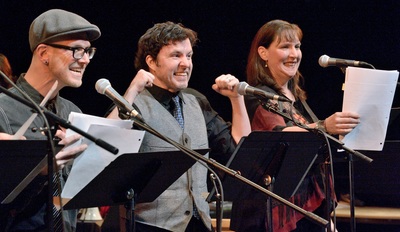 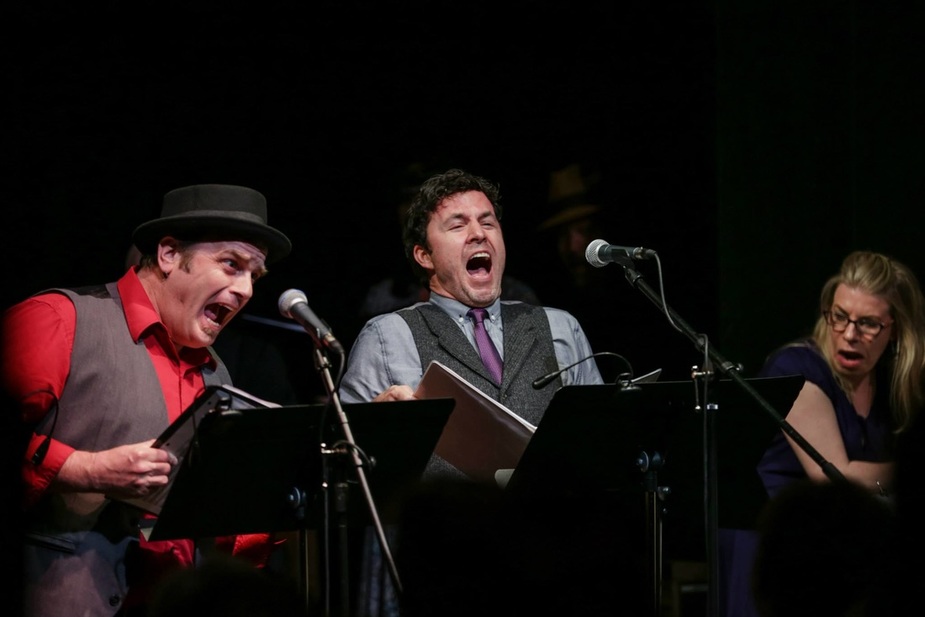 The writing partnership Jason co-founded with Daniel Flint and Frank Lawler, One Lump or Two Productions (The Elsinore Diaries, Holiday of Errors) is working towards mounting a full production of their play-in-progress....Blood Pudding and Haggis: The tragicomedy of the writing of Macbeth. They held a staged reading in the spring of 2012 at the Center House Theatre as part of Sound Theatre's MAKING WAVES series. It was greeted with a terrific response and lot's of great feedback.

Here's the synopsis:
Just when Shakespeare thought he could rest in peace, comes another scandalous episode the Bard never wanted us to see: Blood Pudding and Haggis. From the twisted minds that exposed Hamlet in The Elsinore Diaries, comes this irreverent comedy about the writing of Shakespeare’s tragedy, MacBeth.

The short film I shot in 2011, TAKE 38 (Photo Finish Films), written and directed by Douglas Stapleton won Director's Choice in the Gig Harbor Film Festival. I also appeared in the 2018 feature length film RETURN TO SEATTLE, which had a run in theaters and was broadcast prime time on KING 5 in Seattle. 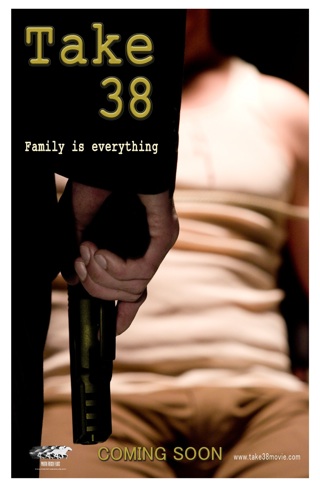